Steelvision is one of the companies that is receiving funding, which will go towards a $3.6 million investment to set up a new precast concrete and manufacturing facility in Morwell with a focus on high security products which will create more than 50 new jobs.

The Labor Government has created over 570 jobs and helped to generate over $50 million of private investment in the region through the Latrobe Valley Economic Facilitation Fund.

This fund is in addition to the Labor Government’s $266 million transition package for the Latrobe Valley, which is supporting economic growth and creating new jobs.

The Labor Government has made record investments in the Latrobe Valley and Gippsland, with projects including the Gippsland Line Upgrade, Gippsland Hi-Tech Precinct and Latrobe Valley GovHub. To learn more about the Fund, visit www.rdv.vic.gov.au/lveff .

Quotes attributable to Minister for Industry and Employment Ben Carroll:

“There’s a lot to be proud of in the Latrobe Valley and these new jobs show the momentum that’s being created right through the region.”

“Our work to drive investment, jobs and growth to the Valley continues, and this announcement is a vote of confidence in the Latrobe Valley workers, industries and businesses. We are providing as many opportunities for growth as we can, and the results are increasingly positive.”

“We’re proud of the skills and expertise we have here in the Valley and we are working hard to drive hundreds of new jobs into the region under this unique fund.” 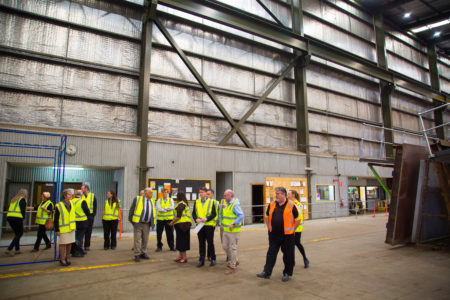